It started with an art class – a father/daughter thing at the Cathedral Art School and Studio led by Carla Marie that my daughter (Jennifer) purchased as my Christmas present.  We took the classes together, every week through January/February, 2014.

The classes inspired me to pull out an old ink drawing I’d given my wife (Sandy) when we were dating – married 40 years now – and try it in Lego. 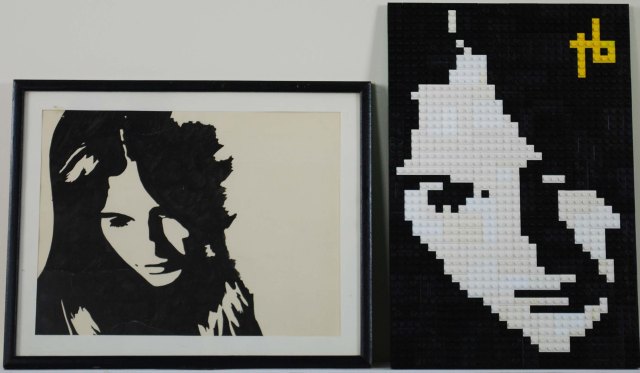 I thought there was emotion expressed in this piece, but it’s so simple when you look at it and all straight lines.  Having built B+W girl #1 forlorn, I pulled out a second drawing I’d given my wife and tried it.  B+W girl #2 flapper.

It seemed to work.  I took a few pieces (forlorn & mask #1) to art class and they liked them, or so they said.  I jokingly said I’d invite all of them to my first public gallery showing (ha, ha).

During art classes, over the next few weeks. I was thinking about this LEGO thing – it was no longer becoming a joke. 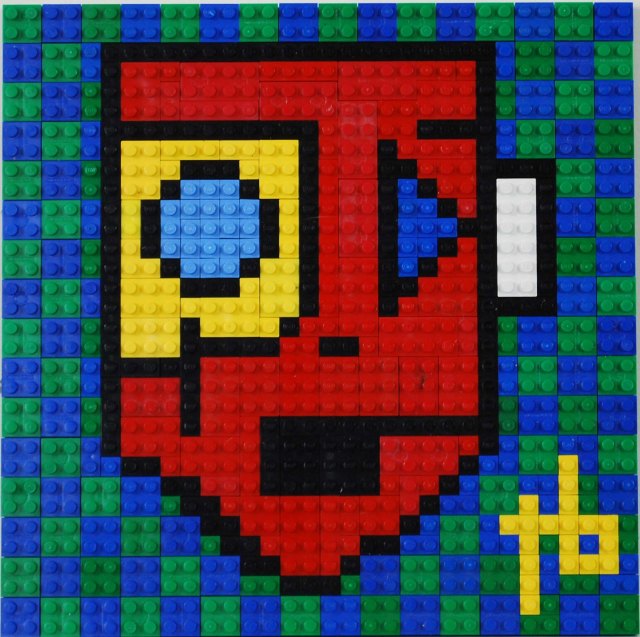 I told my wife I was going to invest $ 5,000 in Lego and play around, so we hopped in the car and drove to Calgary and went to the LEGO store (and IKEA – remember I said I had the wife with me) that day.

Then I made a Pick-a-Brick (Lego factory) order ($ 3,500) and waited, taking art classes and planning builds all the while.

Stars & fireworks when the shipment arrived and so I started building.  However, I came to the same conclusion as Roy Scheider did in JAWS: “you’re going to need a bigger boat”.  What I thought could/would happen didn’t.

What does that mean?  I had lots of bricks, plates and flats in all colours but not enough to do a show.  Should I do another order?  Experience from the first order has told me how big the next one would be.  So I made the order, it turned out to be even bigger than I thought, $ 6,500.